“It is better to be pulled by passion than to be pushed by fear.”
‍– Tripp Friedler 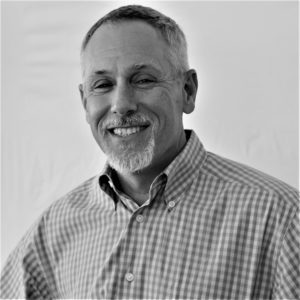 Tripp Friedler is Gulliver. A born adventurer, he has weathered his share of storms, has found himself tied down by the little things, has cut plenty of knots, and now helps others chart their journeys around the jagged obstacles of unforeseen disasters and the whirlpools of complacency.

A graduate of Philips Exeter Academy, Tripp earned a Bachelors degree in Economics from Amherst College, and he earned his Juris Doctorate at Tulane University Law School, graduating in the top 10 of his law class. Tripp has gone on to be certified as a Chartered Life Underwriter (CLU), a Chartered Financial Consultant (ChFC), and an Accredited Estate Planner (AEP). He received a Masters degree in Financial Services from American College and has finished all class requirements for the Masters in Counseling at Loyola University.

Tripp’s work experience is as varied as his education. After graduating from law school, he worked for Phelps, Dunbar, Marks, Claverie and Sims doing First Amendment and corporate law. In 1986, he cut a knot, leaving the practice of law for good.

Tripp became the third generation in his family to enter the insurance industry, where he specialized in providing strategic, financial, and investment advice to high net worth individuals. Over his career Tripp has helped over 1,000 people with their financial plans. He has done such diverse work for clients as design and create private placement insurance products and manage a group of hedge funds as well as design sophisticated plans for an assortment of personal and corporate clients. Tripp’s experience also includes business planning for mid-sized public companies and privately held corporations, and designing, analyzing, and implementing incentive compensation and deferred compensation packages.

Tripp tied and then cut more than a few knots along the way. He managed Geautreau’s, a top restaurant in New Orleans, from its opening in 1990 until he sold it in 1996. His work for the restaurant led to his first “15 minutes” of fame, as Time magazine used his photograph and interview in an article in 1991. He managed a band, The Blue Runners, producing a recording for Island Records in 1991. He started his own record label, Monkey Hill, producing many nationally-released recordings with two of the bands signing major record deals.

Tripp comes from a long line of community leaders. He formed the Young Leadership Council with a handful of other young business leaders in 1986. Today the YLC boasts over 1,000 members and has raised millions for charitable and civic purposes. Tripp has served as President of the Young Leadership Council, Chairman of the Board of Isidore Newman School, and as a Board Member of the Arts Council, the Contemporary Arts Center, the New Orleans Jazz & Heritage Foundation Advisory Council, and the Community Service Center.

Tripp’s greatest accomplishments have nothing to do with money or status. They are his three children and his marriage of 34 years. In fact, asked to list one of his most meaningful life experiences, he’ll tell anyone who’ll listen about winning the U10 Boys Championship in soccer when he coached his son’s team.

When asked today what he does Tripp will answer, “I free Gullivers.” He is the President and CEO of Free Gulliver, LLC, advising both corporate and individual clients in ways to maximize abilities and achieve desired results. “My mission is to free Gullivers, allowing them to maximize their unique strengths unfettered from distractions.”